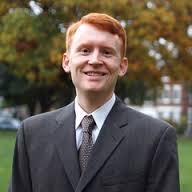 Nicholas Ryan studies energy markets and environmental regulation in developing countries. Energy use enables high standards of living but rapid, energy-intensive growth has caused many environmental problems in turn. Nick’s research measures how energy use and pollution emissions respond to regulation and market incentives. His work includes empirical studies of the effect of power grid capacity on electricity prices, how firms make decisions about energy-efficiency and how environmental regulation can be designed to best abate pollution at low social cost.